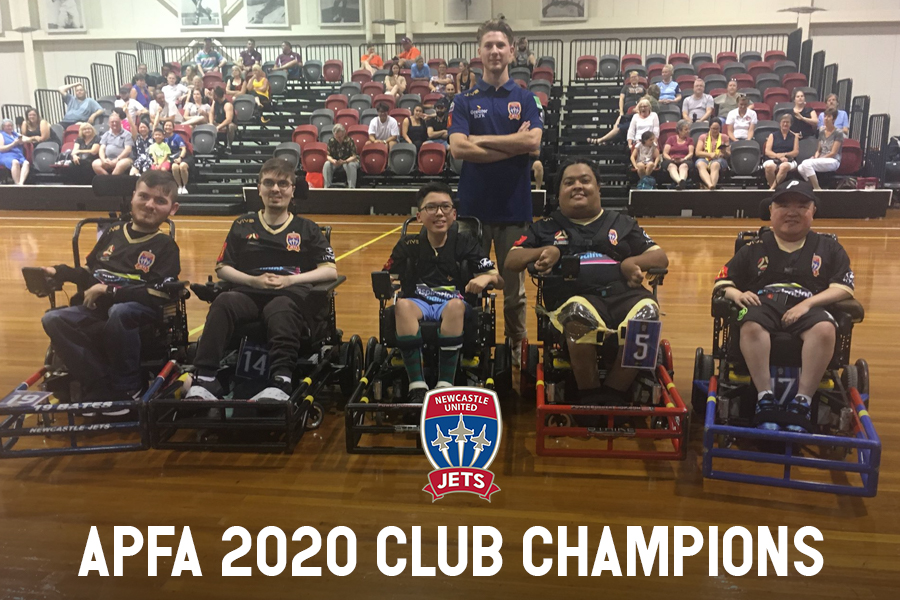 The Australian Powerchair Football Association (APFA) 2020 Club Championship was held at the QuayCentre in Sydney Olympic Park between 16th and 21st January 2020.

2020 is the fifth running of the Club Championship bringing together eleven teams from New Zealand and five different states in Australia. Four and half days of group stage football comprising thirty three matches lead to a day and a half of finals.