We are pleased to announce the Victorian Pride Warriors team for the 2020 National Electric Wheelchair Sports (NEWS) event to be held in Sydney between April 18th – 26th. It will be the 35th National Championships and will feature teams from New South Wales, South Australia, Victoria and a mixed-team featuring players from all over Australia.

The following players have been selected in the team: *Games played for Victoria at NEWS

The team will participate in training sessions and VPPL Pre-Season matches in preparations for NEWS 2020. 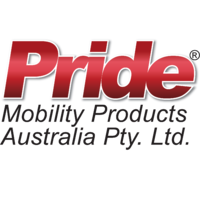