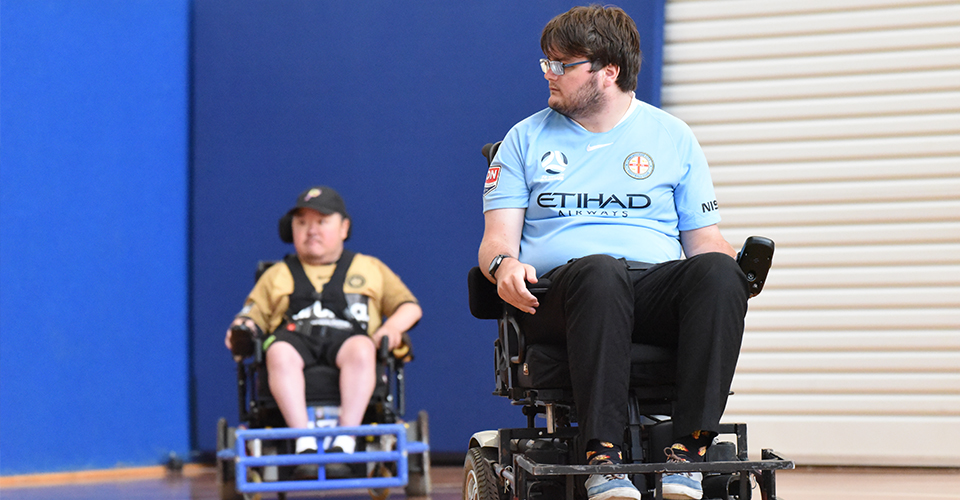 PSV: Welcome Shaun, thanks for allowing us some time to ask you a few questions. Can you tell our fans a little about yourself?

Shaun: Hello, I am a fairly new member to the disabled community with a sudden onset of a genetic condition called Perry syndrome in early 2016. I enjoy a variety of hobbies but I am an avid computer nerd and enjoy computer and board games. I’m also currently studying animation at university.

PSV: For a lot of people and including myself, can you tell us a little bit about Perry Syndrome? How that affects you and how you’ve adjusted to that sudden onset?

Shaun: The onset of the disease came at an inconvenient time for me as I was just beginning the transition to my last year of secondary school. It took a number of months before we realised the symptoms were serious enough to seek medical help and I ended up missing out on a majority of my year 12 studies. I was lucky to have a supportive community around me as I had to adapt to the rapidly changing world I had been put in.

PSV: What were your first impressions of Powerchair Sports Victoria? I first met you at the Disability Sport & Recreation Festival in December 2019, I was looking out for anyone that was using a powerchair and you popped by! What was the main driving factor on you attending the next round after that to check it out?

Shaun: I originally attended the event just to see what recreational events existed and honestly sport hadn’t really crossed my mind in terms of accessible activities that I could participate in. I came across the booth and you invited me to the open training day. The following weekend I traveled down to take a look and seemingly instantly it was as if i had known everyone for ages as everyone was welcoming and friendly. I had a great time and ever since then I have been hooked. I initially decided to go but I was sceptical as to whether I would enjoy it but now I’m glad I did!

PSV: You have picked up the sports quite quickly but has it been challenging learning the rules and the skills in order to play? What have those challenges been?

Shaun: The rules and specifics of each sport have been surprisingly easy to pick up, the more difficult element is learning to understand to “read” the play as the games tend to move quite fast, definitely a lot faster than I was expecting.

PSV: Is this the first time you have been involved with a sporting club? I consider myself lucky to have you on my team with Melbourne City but you have also joined the Melbourne Hunters in Powerchair Hockey, what’s it like being a part of those clubs?

Shaun: Sports never really appealed to me through childhood. I had given it a few attempts but it never appealed to me and I had never really considered trying it before discovering powerchair sports. The club element of each sport is certainly a highlight as I learn the strategies behind each player and ultimately become a better and more capable team mate. It is also interesting to see how the team dynamic affects play, especially when we play scratch matches where teams are random.

PSV: Do you see yourself leaning towards one sport in particular? What separates the two sports for you?

Shaun: I think so far I have been enjoying hockey more than football, I enjoy the difficulty in handling the much smaller ball and the overall speed of the games. 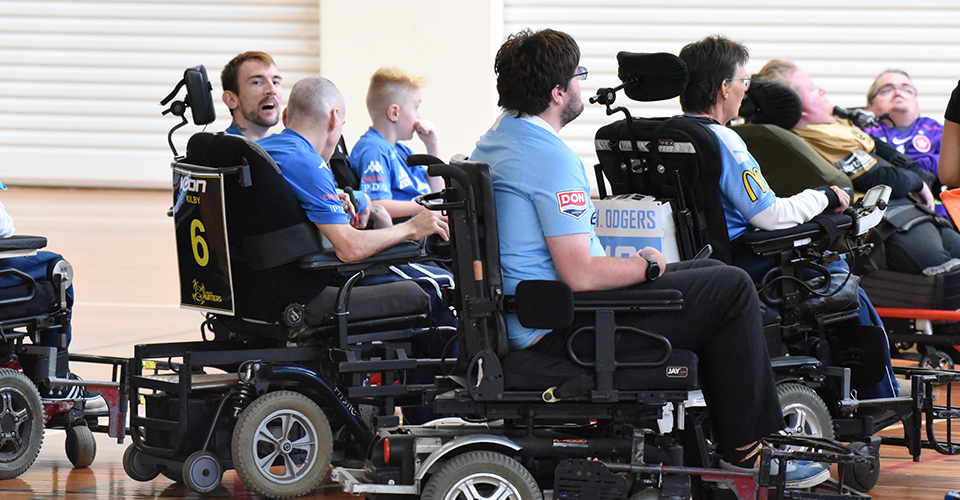 PSV: You’ve only been playing powerchair sports for a few months now, do you have any goals you have set yourself for the next 12-24 months in your career?

Shaun: Over the next few seasons of play I aim to improve my overall skill level. While I dont have any specific goals at the moment, I’m engaging with as much training as I can given the circumstances to be a better overall player and hopefully qualify to compete in a national competition in the near future.

PSV: Has joining the community supported you during this COVID-19 pandemic we’re facing? How have your teams been keeping in contact?

Shaun: It’s always shocked me how much joining powerchair sports has changed my social life. I lost communication with a lot of people since disability became an unavoidable reality for me and while I was handling most aspects of life, my social wellbeing had certainly taken a hit but since engaging with sports I have always kept in touch with teammates and opened up my social circles.

Shaun: I think to ensure training sessions are succesful we need to make sure we are communicating effectively, particularly because we may not be training as a full team.

PSV: What is the biggest mental challenge to you improving faster in your sports career? Who do you turn to for guidance and support when it comes to that?

Shaun: I think the biggest challenge is to change my mindset from considering sports as a leisure activity and instead thinking in terms of competition and recognising patterns of play.

PSV: What are you going to change next season to make you better than you were last season? Or what’s #1 on your list of things to do to make that next step?

Shaun: My main goals for the coming season is to improve ball control. I want to be able to effectively control the ball and push forward to help my team score more gals. If I can get used toinstead of focussing on simply hitting the ball in the correct direction.

PSV: We currently don’t know when the next season will start but what are you most looking forward to for the season? Are there any personal or team goals you have set?

Shaun: I haven’t stopped thinking about our next season since the last time we hit the court. I’m really looking forward to meeting back up with the team and getting back into competition. I’ve set a couple of goals for myself and I think my main goal is to improve my overall influence as a team mate over the season.

PSV: There’s a rumour swirling around that you just got your Strikeforce approved in your NDIS plan. What was that experience like and what drove you to apply for it so quickly after joining?

Shaun: Yes! I’m very excited about it, the process through the NDIS took quite a lot of effort and time but it was definately worth it in the end. I was really motivated to get the StrikeForce because when I first started my daily chair offered too many limitations. This forced me to play a more defensive role whereas using a StrikeForce, the only limitation is my own personal skill.

PSV: Thanks for spending some time with us today. My final question… how has powerchair sports impacted your life in the little time you have been involved?

Shaun: It has always amazed me how much my life has changed since engaging with powerchair sports, I’ve become more actively engaged with the community and much more confident within myself.