Introducing the newest chapter in our journey, Powerchair Sports Victoria. For the past 30 years, we have been known as Victorian Electric Wheelchair Sports Association (VEWSA). We as an organisation have been built from the passionate, committed and wonderful work of our players, parents and supporters since the late 1970’s.

Our clear focus has always been on providing sport and recreational opportunities to people who use a powerchair for mobility and since our inception, we have done that and much more.

Powerchair Sports Victoria reflects our ambition of being seen and recognised as the peak sporting body for all powerchair sports. We recognise the strong growth of powerchair sports across the world and we are inspired to spread awareness and the opportunities our sports bring.

Over the past several years we have seen a rapid rise in popularity and professionalism of both Powerchair Football and Powerchair Hockey in Victoria and Australia. We have partnered with two professional sporting clubs to help establish Powerchair Football in Victoria. We have also introduced two new Powerchair Hockey teams to the market who have developed a healthy rivalry. Our representative teams have competed both at home and interstate in various competitions, giving our players the platform to play sports at a high level and this will only continue to grow. We have also seen some of our players in the past few years represent Australia in various events. Our future ambitions look toward creating a junior program which gives young athletes a pathway into the sports we love. Our adventure doesn’t end there as we continue to explore new sports and programs to ensure all people involved are included.

A new name and a new logo, yet we are certainly the same organisation we have always been, an organisation for the players, an organisation that strives to empower our members, not only through sport but through a strong and unified community.

Our journey has never changed, and it never will. Our goals are to increase participation and make our sports inclusive and accessible for everyone to participate in, whether it be socially or competitively. We as an organisation must push for change, provide vision for the future and collaborate with organisations from across Victoria and interstate to bring powerchair sports and our athletes the recognition and success they deserve.

We are very excited to share this new journey with you and we are extremely proud of the work we have done over the past year. 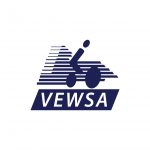 We would particularly love to see our members attend, and like to invite anyone interested to come along. If you are interested in helping shape the future of VEWSA or lending your skills to assist us run the organisation, you can nominate for committee via contacting Adam Lloyd at secretary@vewsa.org.au

Do you have a piece of VEWSA history? 📷

We are currently looking to build an archive to showcase how far we have come since it all started in the early 1980’s!

If you have any photos, awards, stats or any other materials from the past, please get in touch with us. You can email them in to info@vewsa.org.au. We are looking for any team photos, records of award winners, league champions etc. If you have other items of significance you’d like to donate or lend to the club for display, please also let us know!

To all our sponsors, members, volunteers and to my fellow committee members, thank you for your support and hard work throughout the past year. It is your support that allows us to continue to provide sporting opportunities for powerchair users.

The issue of attracting new players is again at the top of our concerns for the future. The 2016/17 Summer Season saw an average of 9 players attend, while the Winter Season averaged 8 players. It was a small but positive increase moving forward.

Our annual best of three series, Pride Cup, featured the Scorpions and the Dragons. The Scorpions defeated the Dragons in all three sports, but the Dragons fought hard and almost snatched Hockey and Balloon Soccer. Congratulations to both teams for putting on a fantastic event!

At the N.E.W.S event, the Victorian Pride Warriors were crowned Hockey champions for the 25th time. The team almost took home a second trophy but fell agonisingly short to South Australia in the Balloon Soccer final. In the Powerchair Football Nationals, Victoria finished 4th out of seven teams from around Australia and New Zealand. It was another improved campaign for Victoria, the first time Victoria has ever fielded a full team without the support from other states. Congratulations to all three teams for doing VEWSA and Victoria proud.

Over the past few months, a number of players have purchased Strikeforce chairs from the United States. This will put Victoria in a strong position to improve and compete against other states in Powerchair Football, where Queensland and New South Wales have dominated since the sports introduction in 2011.

Discussions around the future of N.E.W.S continue. Changes are expected over the next year to help increase participation and make the event more inclusive of all disabilities. VEWSA must push for change, provide vision for the future and collaborate with organisations from Victoria and interstate to bring powerchair sports the recognition and awareness it deserves. Over the next year, we must bring change to our organisation, we must be better, we must be unified.

It’s tax time! If you are looking for a last minute tax deduction that can help make a difference, why not make a donation to Victorian Electric Wheelchair Sports Association? Victorian Electric Wheelchair Sports Association is registered as a charity with the Australian Charities and Not-for-Profits Commission ABN: 54 171 697 981 and in 2000 became endorsed as a Deductible Gift Recipient.

Despite VEWSA’s important role in providing sporting and recreational opportunities for players with a disability and, our participation in national events, we don’t receive enough financial support to cover our on-going costs. The majority of the costs of participating in the sports are covered by the athletes and their families. For example, specialised sports wheelchairs cost in excess of $10,000 and athletes have to pay for their own way to the National Championships, which equates to an approximate additional expense of ($2,000 for an athlete and his/her carer).

With support from our wonderful sponsors, we are able to cover some of the costs for our athletes but it is not enough. Donations received could be used for much needed sports equipment, modifications to electric wheelchair guards, taking the sports to more areas around Victoria and/or transport to events.

Help us make a difference and create more opportunities for people in electric wheelchairs. Any donation big or small will be greatly appreciated.